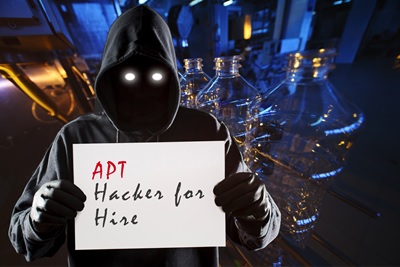 Cyber industrial espionage is nothing new. There is an uptick this year in the activity of renting Advanced Persistent Threat (APT) hacking groups to target industrial companies by their competitors.

There are many companies in the market which use hacking groups to seek financial information or negotiation details from their competitors.

APT mercenary groups are known to offer their services to the highest bidder, where they launch sophisticated attacks against their contracted victims. APT hacking groups have increasingly become a commodity due to their ever-increasing prevalence.

Many industries are extremely competitive for contracts, often times valued in the hundreds of millions if not billions of dollars which makes the stakes for high for winning these industrial contracts. This causes a lot of justification for higher APT hacker groups to gain advantage in negotiations through spying on competitors.

Digital Immunity DI PROTECT™ will detect and prevent, in memory, at run-time, the execution of foreign code such as any cyber espionage tools used by an APT hackers-for-hire group. Digital Immunity’s prevention capability will not disrupt good processes, ensuring that operations continue uninterrupted.  DI PROTECT™ also capture’s deep forensics, in context, at the point of attack.